Just as a piece of matter detaches itself from the sun to live as a wholly new creation so I have come to feel about my detachment from America. Once the separation is made a new order is established, and there is no turning back. For me, the sun had ceased to exist; I had myself become a blazing sun. And like all other suns of the universe I had to nourish myself from within.

Henry Miller from The Cosmological Eye

I would be lying if I didn’t admit that at various points during the past year I have wondered whether I would make it to 2014 here in Moldova.  Especially during those stark winter months after returning from Morocco, when I had no partner or assignment and the only bump in my weekly calendar was three hours of language lessons, I would fondle thoughts of hoisting the white flag and emerging from the trenches of my despair to board a jet plane back to America.  With barely nine hours of daylight to fill, I was dog paddling each day through despondency, trying to hold my head up despite having nothing to plan for beyond my next meal.  Once, my mood got so bleak that I Skyped my sister-in-law and had her walk outside with her laptop and hold it aloft to the blazing California sun just to remind myself that it still existed.

It was exactly during one of those low points, having called home for the fifteenth time in a matter of weeks, that my father offered me a ticket to surprise my mother for her 70th birthday. I was hesitant, but really only for about two minutes. My solemn vow not to ‘waste’ any of my precious 48 vacation days to return to the US sidled out the back door – I desperately wanted, needed, to feel at home again.  Because my mom’s birthday conflicted with Turul Moldovei 2013 – the only project I had going at the time – we decided on Mother’s Day, instead.   I hung up the phone and purchased a ticket.  It was February 8th.  Only 3 month and 3 days to go.

Thus began the countdown of anxiety.  What would it actually feel like to be home again?  So good I couldn’t stand the thought of returning? How much had things changed during the year I’d been gone? Would I feel strange, different, separate, alienated? Should I have accepted this expensive gift from my father when I had so fervently committed to being gone for 27 months? Was I cheating somehow?  If I did indeed return would it make the second year even harder – having to say goodbye to everybody yet again, this time knowing what was in store for me?

As fate would have it, soon after I bought the ticket I was offered the opportunity to relocate to my current site.  Daylight increased, the snow melted, and spring made a show-stopping appearance almost overnight.  My new apartment was lovely – located in a senior center full of laughing, warm, and gregarious souls who immediately enveloped me in a circle of hospitality and friendship.  I had a workplace, a partner, and an assignment.  For the first time since pre-service training, I was busy.

My anxiety about going home increased.

Why was I tempting fate?  I had made it through my first winter, probably the roughest patch I would experience during my service.  Life was brighter, my mood was elevated, and things were finally falling into place.  Why interrupt the flow with a step backwards?  Would Moldova end up paling when placed under the bright lights of America? But the non-refundable ticket was purchased; good idea or not, I was going home.

And, indeed, the tears burst forth the moment I clutched my daughter in the airport.  In the 27 years since her birth, I had never gone longer than four or five months without seeing her.  This time, the passage of time was readily apparent. My little girl was finally, irrevocably gone; this was a full-fledged woman I was greeting.  How could I have left her for so long? Can one year alter a face, a posture, a presence so greatly?

More tears when I locked onto my husband’s eyes through the windshield as he pulled the Jeep up to the curb at LAX.  I was transported back to the last half of 2011 and the idyllic interlude of our journey across America: just the two of us and our dog exploring the national parks and forests, camping, hiking, cooking our meals under the stars until summer bled into autumn. His presence in the driver’s seat brought it all back.  If there was one thing that could make me abandon all, it would be the chance to recapture those months and sit beside him through those miles again.

The tears let loose again when I felt myself revert back 40 years, suddenly a little girl again in her mother’s arms.  To heighten the surprise, I had hidden in my brother’s backyard (he and my sister-in-law were hosting the Mother’s Day celebration.) When my mom came in the house, I called her from my iPad on the Google voice number I use in Moldova.  I asked her if she could hear me, as I always do when commencing a call. I was surprised when she said she couldn’t (geez, I was barely 50 feet away!)  I began the Verizon riff: “Can you hear me now? Can you hear me now?” as I made my way into the house.  When I finally came around the corner of the hallway, I added “Because I’m right here.” Her legs promptly gave way and she fell in a heap on the floor in front of me.  (My dad said it was worth every penny of the ticket.)

Yet, there were also little things that caught me off guard.  My dogs barely acknowledged me. Unlike those YouTube videos of returned soldiers whose dogs about explode when they walk in the door, mine acted as if I’d just rounded the corner from the bedroom.

Everything seemed inordinately expensive.  I spent the equivalent of my entire PC monthly stipend on one trip to Target to ‘pick up a few things.’  A dinner out with friends could have bought me ten nights out at Pizzamania in Moldova (with wine.)  Parking for an hour at the beach would buy two round trip bus tickets from my village into Chișinău.

And the cars.  The endless stream of cars.  The streets built for a multitude of vehicles and the sound and smell of them filling the atmosphere.  The parking lots – acres and acres of parking lots. I’d never noticed how much space is devoted to parking cars in America.  And how people drive everywhere, mostly alone in a bubble of their own creation.  No sweaty armpits shoved in their faces. No jostling for space among strangers, wondering if you should buy a seat for your bags.  But also a huge, artificial border. As if we each existed on our own space ship, controlled our own climate, sped through the day alone.

Mostly, everything was the same as it was when I first decided I needed to go.  Sitting with my friends, listening to them talk about their jobs and homes and weekend excursions and new purchases, I felt strangely apart.  These concerns, realities, worries, and excitements were no longer mine.  They hadn’t been for more than two and a half years.  Sifting through the mercurial sands of memory, I remembered that I had consciously desired, then chosen to separate myself from this world.  I had wanted to nourish myself from within.

And when – after 27 hours of international flights, transfers, security checks, baggage claim, visa stamps, bus rides and a twenty minute hike down a dirt road with my luggage – I finally turned the key in the lock and entered back into my sunlit, solitary, sparsely furnished domain, I felt the warm welcome of home.

Moldova appears just a bit different to me now.  A little more lush.  A little less alien. Perhaps it’s the just the abundance of spring – the thunderstorms, the nesting birds, the bursting palette of flowers. Or the unbridled enthusiasm and genuine smiles of all those who exclaimed at my return.  Or maybe the ticking clock that steadily punctuates the blanketing silence in my very own apartment – the first I’ve had in fifty-one years of life on this planet.

I know now, for the very first time, that I did the right thing.  I have become my own sun. 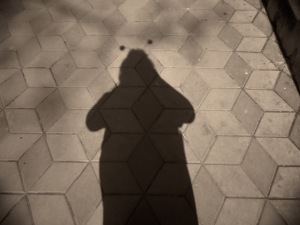 9 thoughts on “A Blazing Sun”