This morning I woke up to find that feeling which has been tip-toeing round the underskirts of my consciousness for some weeks now finally deciding to assert itself – IT IS TIME. Time to acknowledge the finish line resolving itself ahead, to pick up the pace and admit that there is nothing left to do but focus forward and Get Shit Done.

These, and a host of other expectations, on top of having to figure out what to do with the accumulated dross of three years that I do not want or need or am not able to physically cram into the two suitcases I must pack and ship back to Mike. How much thought do you usually give to the bottled spices, packets of yeast, the half-filled bags of lentils and barley, cornmeal and flour, boxes of tea and stray sugar packets proliferating in your cupboard? What to do with the perfectly good pens and markers, scissors, notebooks, paper tablets, spools of ribbon and thread and packing tape scattered in drawers? It seems a sad waste to just toss the partially-used bottles of lotion, body wash, foot cream, face mask, hair treatment, and skin exfoliating scrub littering my bathroom. Which of the more than one dozen pairs of shoes I transported here during my three trips from the states do I actually wear (really, a dozen? Wtf was I thinking?) What about that beloved hoodie, sweat-stained hat, or paper thin, but-oh-so-comfy tee shirts I’ve held onto for more than a decade – is this the time to let go? These are the decisions that I have been pushing aside for some future day, that other day, the one which dawned today.

Most likely it is a blessing to be distracted by this mundane busy work. It keeps me from feeling compelled to digest this experience into pithy bullet points extemporizing “What I Learned in Peace Corps.” Perhaps it is just my age showing but I’ve lived through too many ‘endings’ that turn out to be just another in a series of thresholds. Life lessons continue to shift their narrative, expand in meaning, embrace their antithesis, disprove ‘truths’ and supply an inexhaustible source of wonder and surprise; the story never ends until it does and who knows even then? No one yet (that I know of) has gotten to pen that elusive denouement.

Transitioning back to life in “SUA” (pronounced sue-wah here in Moldova and that’s now how it resonates in my head) legend has it is one of the most challenging aspects of service. So much so that there is actually a section in staging, before one ever leaves American soil, devoted to the insecurities, anxieties, and feelings of displacement typically experienced by Returned Peace Corps Volunteers (RPCV – my new biographical tag.) Why – in the infinitely ambiguous wisdom distilled by the churnings of bureaucracy – Peace Corps Washington believes any prospective volunteer will or can devote an iota of attention to the emotions she might experience 27 months hence while grappling with the blazing neuron rush of launching into a new life is beyond my comprehension. We were given a booklet and solemnly counseled to keep it safe; needless to say it was tossed out into the wake many moons and moves ago. One internalizes the weight of every possession when dependent on public transportation.

Hints of what home may have in store for me are coalescing. I am meeting one of my oldest and dearest friends and her wife in Athens whereupon we depart for sixteen extravagant days in the Greek isles (seven of them at last count!) During my entire three years of travel in Peace Corps (excluding the luxury cruise that was a birthday gift from my mother) the price of my nightly accommodations has exceeded $35 on exactly one occasion (New Year’s Eve in Milan with my husband and daughter.) This trip I will be leaping over that limit nightly. Thanks to the Peace Corps transition allowance – purportedly a provision for insuring an RPCV’s ability to feed and house herself while securing subsequent income but traditionally used to finance a COS trip that often extends into months – I have the means to do this. However, upon returning home again all pretenses that my economic status will fund the lifestyle I enjoyed for most of my adult life will quickly evaporate. While my friends, family members, and professional peers have continued to progress on the path toward retirement, I find myself in uncharted territory, possessed of a strong internal compass but no compelling authority dictating my next steps.

Peace Corps gifts one a diverse new network; the friends I’ve made here range in age from 24 to 62. The ones already back in the States are planning weddings, having babies, attending graduate school, embarking on second careers, working internationally or in DC, traveling with grandchildren, moving to retirement villas, or still meditating on next steps. And, if you think like most people you automatically, albeit incorrectly, distributed the age cohorts along a predictable linear spectrum of life’s major milestones. Because the couple planning their wedding are in their 7th and 8th decades, respectively. The ones having babies are in their late 30’s and early 40’s. Those in graduate school are in their 30’s, 40’s, and 50’s. While second careers are already happening for those not yet 30. There is no guidebook to life after Peace Corps because the people that serve present such a wide array of biographies. So, in a way, I have entered into a new way of being in the world, one less defined by milestone markers achieved than by continuously curving avenues of opportunity twisting and doubling back again just around the bend.

As I look around the place I’ve called home for barely month, a compact 25×30′ space that contains the sum of my worldly possessions, and realize that I’ve downsized and moved it all seven times in the last four years, I begin to comprehend the gigantic sideways leap out of the known and predictable that I have made. I guess the one thing that has crystallized for me out of this experience is a truth I’ve always somewhat suspected: It’s all so temporary, isn’t it? For the last decade or so, my inability to accurately remember huge swaths of my life has proved unsettling to me. Faces of the men I’d loved – and lived with! – during my late teens and early 20’s? Forgotten. Those crucial developmental stages between my daughter’s birth and her launch into 1st grade? Gone. The sound of my sister’s voice, the color of her eyes, the slant of her teeth? All lost. How about the 22 months I was in the California Conservation Corps? Mere slivers are all that I retain. Or the feel of the tile or the shape of the faucet or the pattern of the curtain in the shower I used daily for 18 years? So much vapor. Or – moving closer in time – who was my roommate at the hotel in Philly in during staging? I have no idea. What about the trip to Morocco in 2012 – where was that mountain hike? Who was the guy who drove us? How long were we in Marrakesh? I couldn’t tell you. This morning as I was journaling it dawned on me that maybe it’s not my mind that’s faulty. Rather, perhaps, I have subconsciously redirected my energies, disinterested in expending them on warehousing old or even formulating new memories. (That’s why I keep the journal – it’s all there if ever I want to recall!)

Instead, I have become habituated to an horizon void of familiar landmarks. I am attentive to the world around me, not necessarily for record-keeping purposes but to parse the message inherent to each moment and to plot the next one’s possible trajectories. If you told me ten years ago that at 53 I would be unemployed, sans car or home, all set to blow a significant chunk of my liquidity on a luxury vacation, I’m sure I would have been horrified. The most common descriptors (some might even call them accusations) historically leveled at me by my husband (of almost 20 years) or my (nearing 30-year-old) daughter resided well within the lexicons of control, safety, insurability, strategic planning, forethought, and reliability. Far, far away from any place where I could comfortably admit having no idea where I will be living or what I might be doing next year, let alone in five. But the difference between a rut and a grave is only a matter of inches, as the saying goes. I have not a clue what “retirement” means for me anymore. Retire from what?

Here, a sampling of the dictionary definitions of “retire:”

1. to withdraw, or go away or apart, to a place of privacy, shelter, or seclusion

3. to withdraw from office, business, or active life, usually because of age

4. to fall back or retreat in an orderly fashion and according to plan, as from battle, an untenable position,  danger, etc.

5. to withdraw or remove oneself:

In truth, I feel like I spent the years between 34 and 49 in some weird, anachronistic version of retirement, “withdrawn from active life,” half abed, retreating in orderly fashion from any threat. Having amassed a bulwarked identity, I had inadvertently cordoned myself off from change.  The air in my house was stale; its brightly colored walls a pale simulacrum of life’s ever-changing proscenium.  But I was comfortable, middle-class, well-fed, educated, funding multiple retirement accounts. Who cared?

So I have changed. Not such a big deal. All of us are courageous in one way or another. Getting out of bed each day necessitates an inordinate amount of bravery for some people. As Dewey Bunnell noted in the eponymous song: Oz never did give nothing to the Tin Man that he didn’t already have. The courage I will need in the next few weeks and months is the one that will keep me from looking sideways, comparing the roads that others have chosen to tread with my own. One thing I have not missed about life in SUA is the constant simmer of competition, the stealthy and insidious status markers – the model of one’s car, the size of one’s house, the brand of one’s bag now extending to vacation locations, bands followed, restaurants frequented, the ‘authenticity’ of one’s Instagram feed, for pete’s sake – reminding everyone that there is race to be won. It is tough to fall away from the pack, more so at my age. I’ve been blissfully protected from that harsh reality for the last 38 months; being a Peace Corps Volunteer is a status marker all on its own. But being a Returned Peace Corps (aka retired) Volunteer? Not so much. Unless I manage to insert this particular biographical tidbit into every conversation had in the next decade (BORING,) I will be evaluated and dismissed as one of the less successful competitors in the Game of Life by most people I meet. Because I do not foresee myself returning to the life already lived. Been there, done that, and so on. 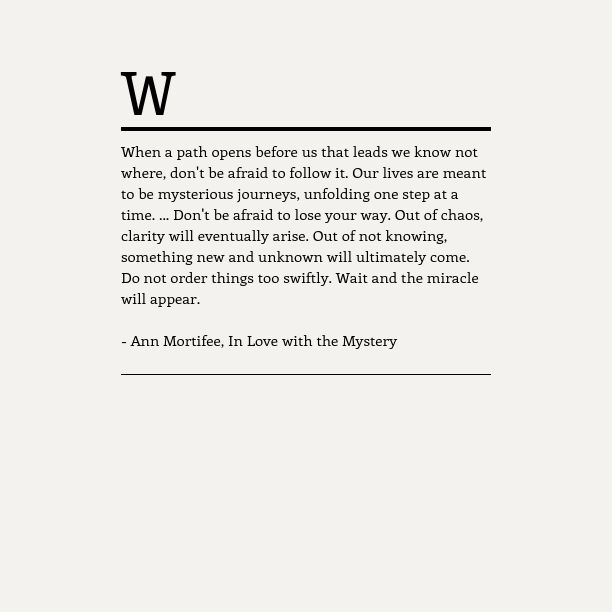 3 thoughts on “Yet another beginning to an end”